The Klamath is the most important North American river south of the Columbia River for anadromous fish migration.[10] Its salmon, steelhead and rainbow trout have adapted to unusually high water temperatures and acidity levels relative to other rivers in the Pacific Northwest.  The numerous fish were a major source of food for Native Americans, who have inhabited the basin for at least 7,000 years. 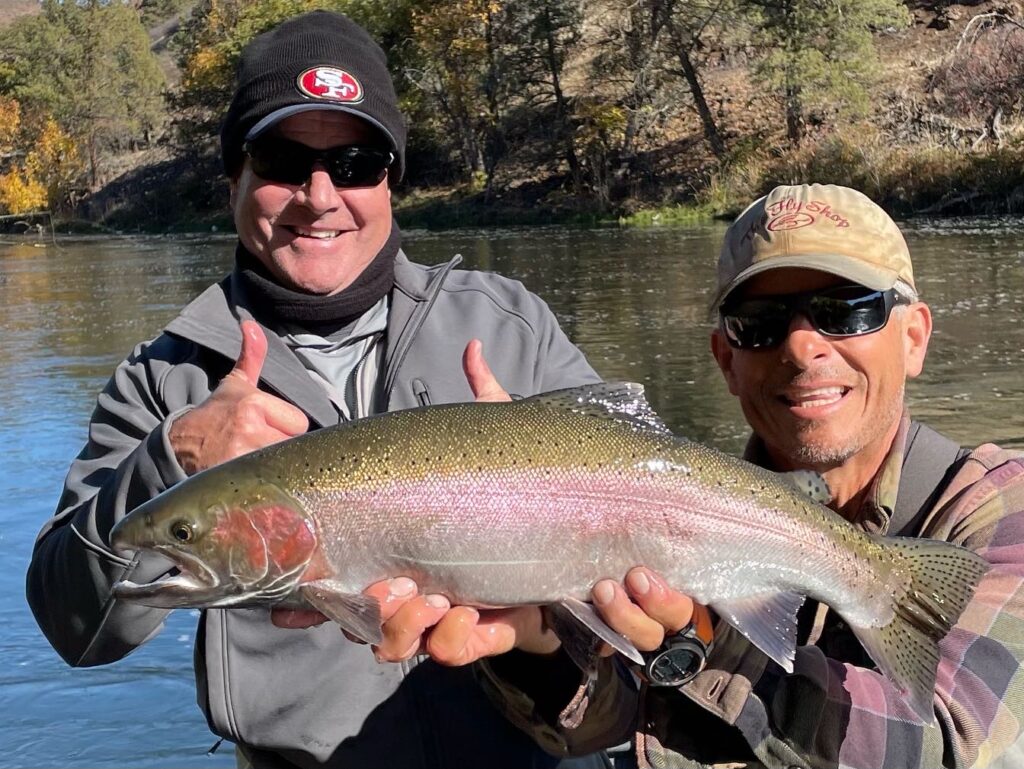 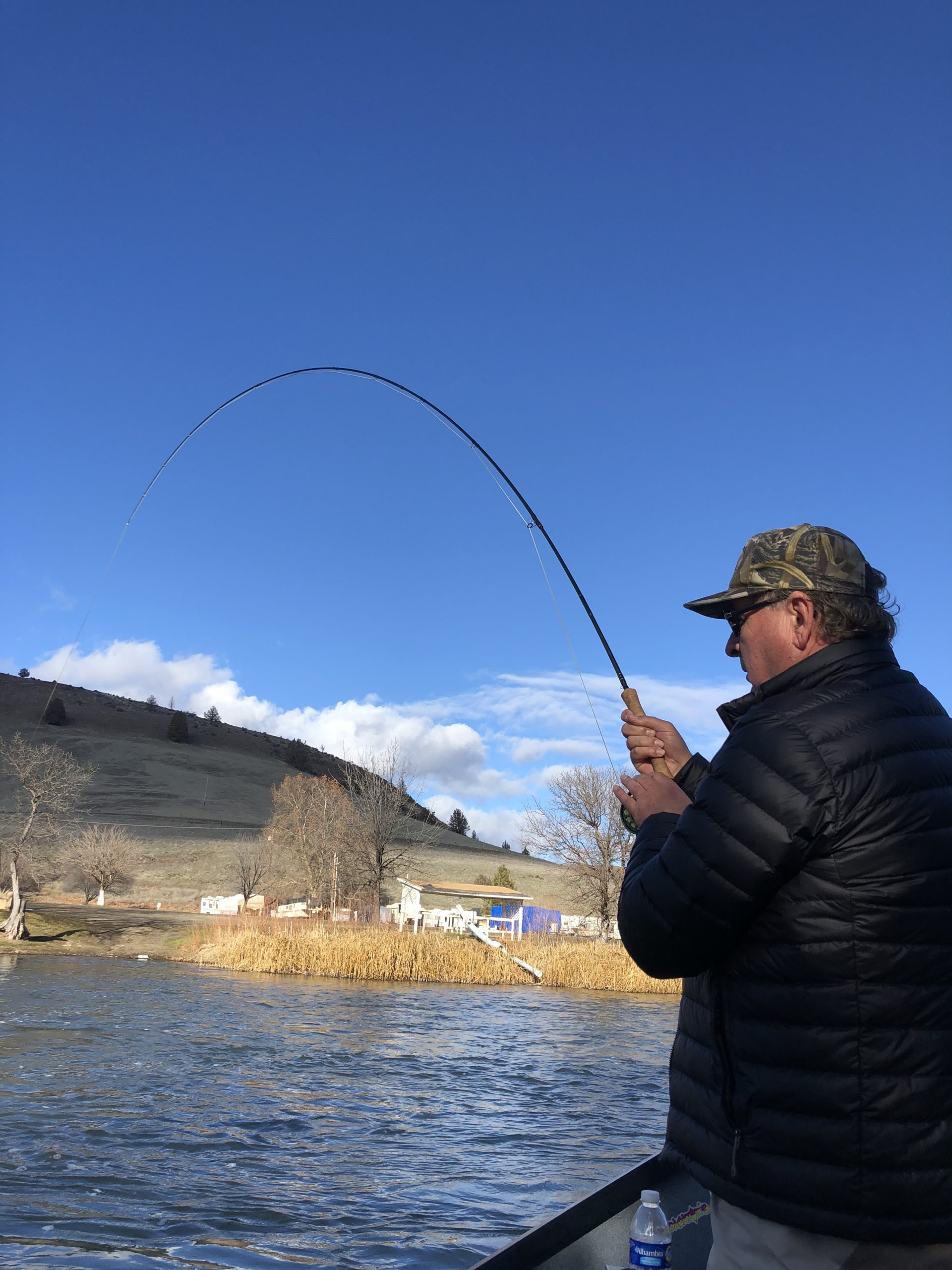 The Klamath River is a high-desert fishery located in the most northerly portion of CA.  We guide on the stretch from Iron Gate Dam down river to the I-5 Bridge.  The Klamath is a great place for anyone looking for a first time steelhead experience or just a fun day of fishing.  The fall/winter steelhead season runs from October through February.  There is also a late spring season for rainbows keying on hatches of Golden Stoneflies and giant Salmon-flies.   Winter on the Klamath is when we typically see the larger fish of the year. 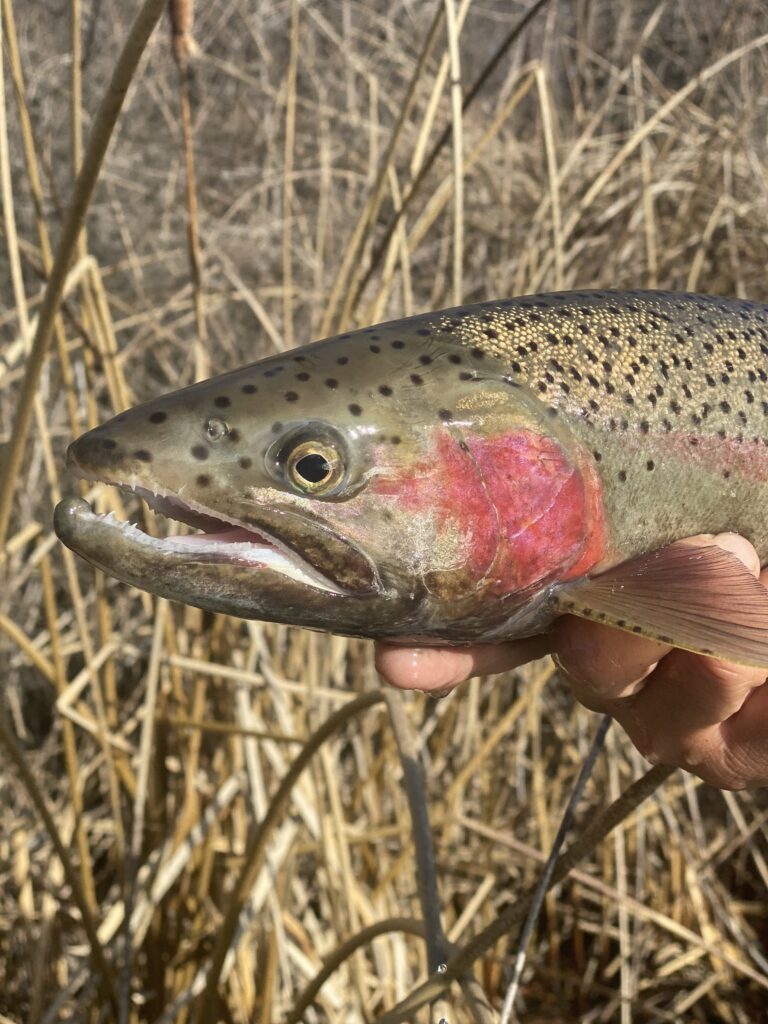 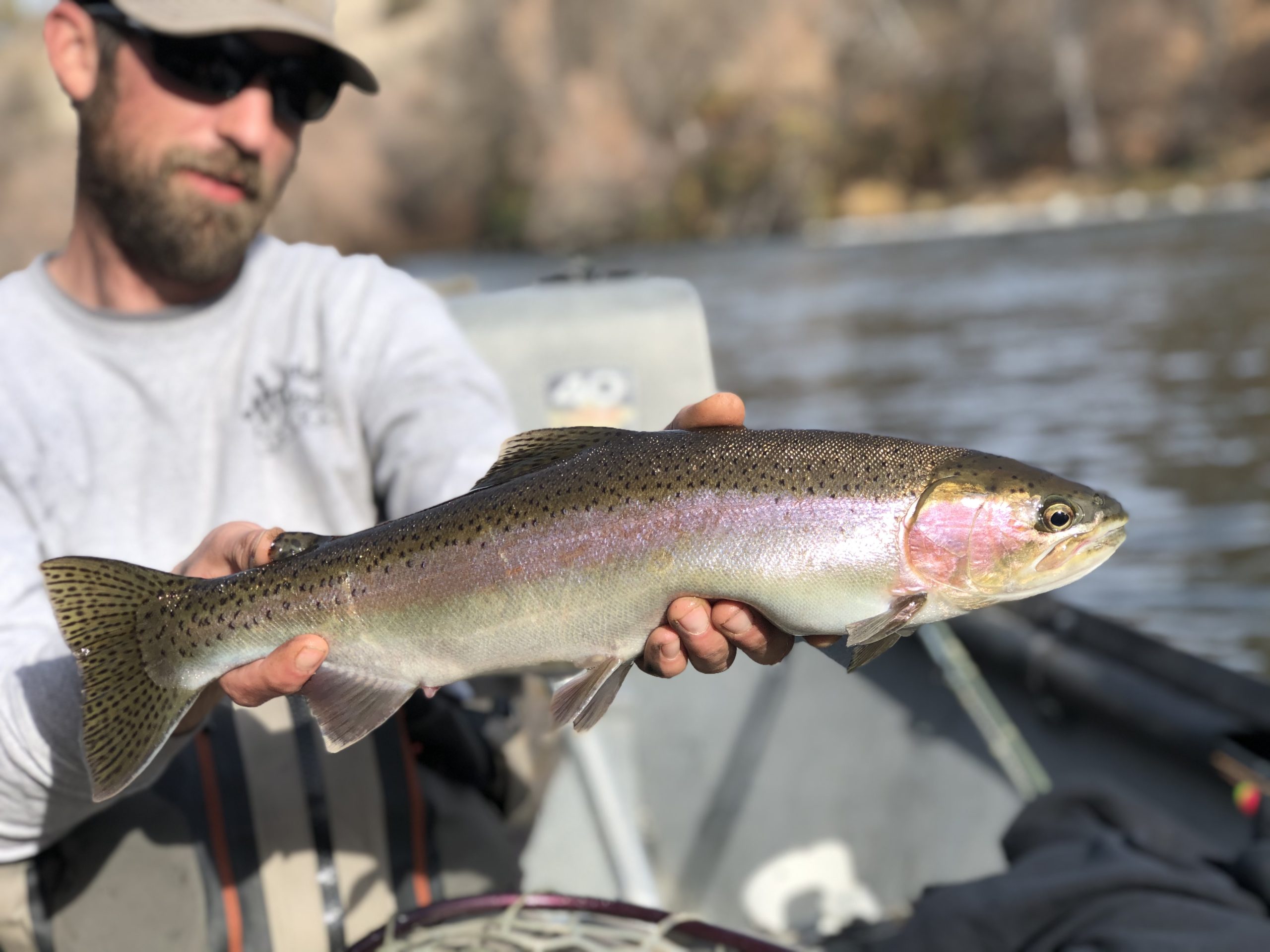 The “Winter-run” fish show up after big rains near the New Year and stay around through February.    As temperatures drop, drifting nymphs and egg tend to get most fish. Winter weather will keep most anglers away and you can expect solitude in a heated boat while chasing Steelies in winter on the Klamath.  The Klamath River Renewal Corp. plans to begin site work in two years to remove four dams on the Klamath River and deconstructing the dams will begin in 2021, according to the “Definite Plan for the Lower Klamath Project.”  Read more 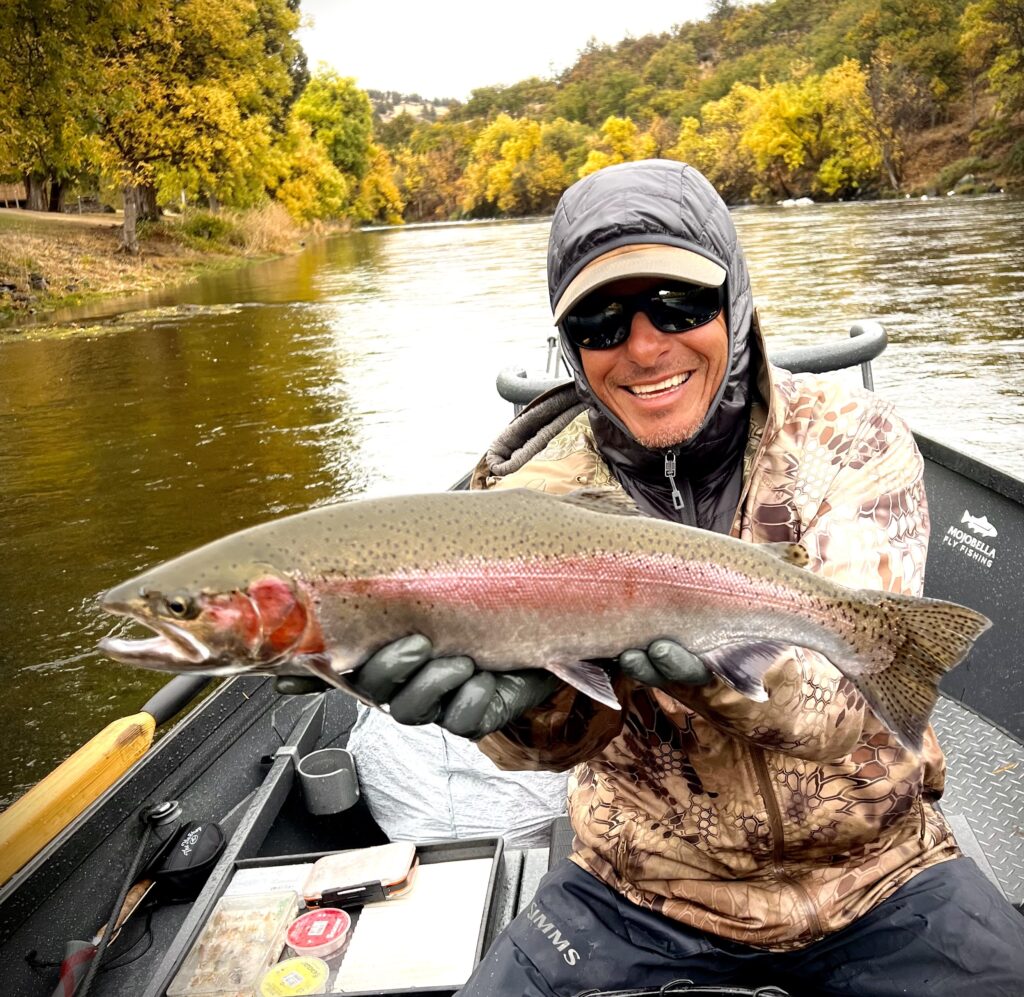 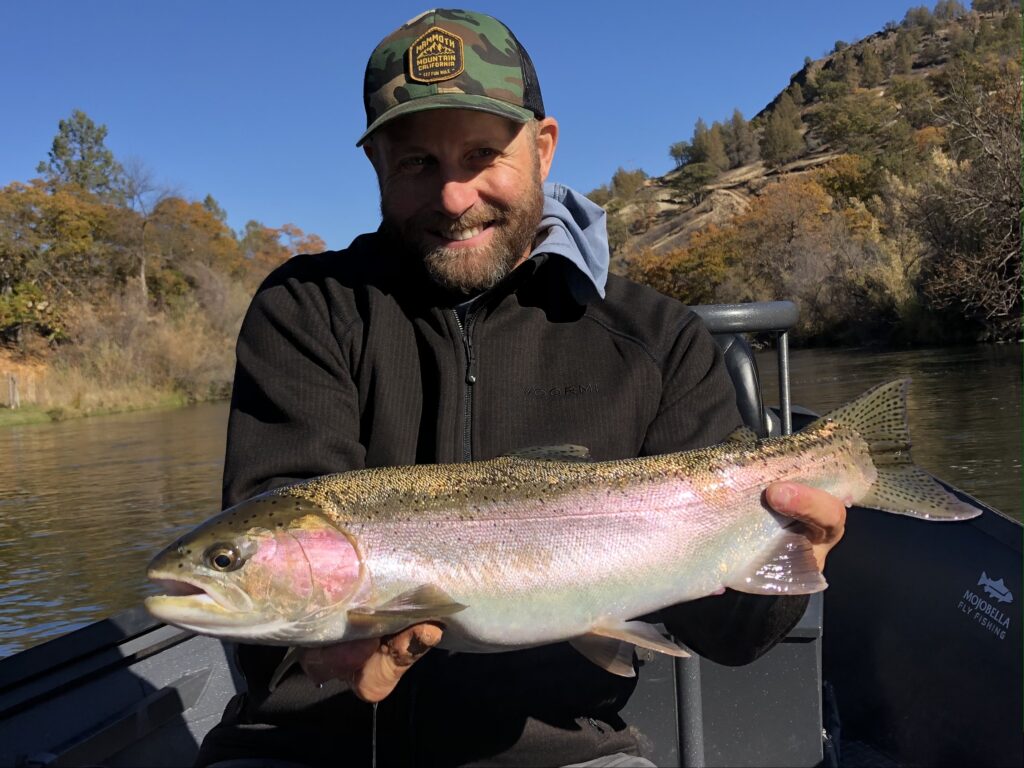 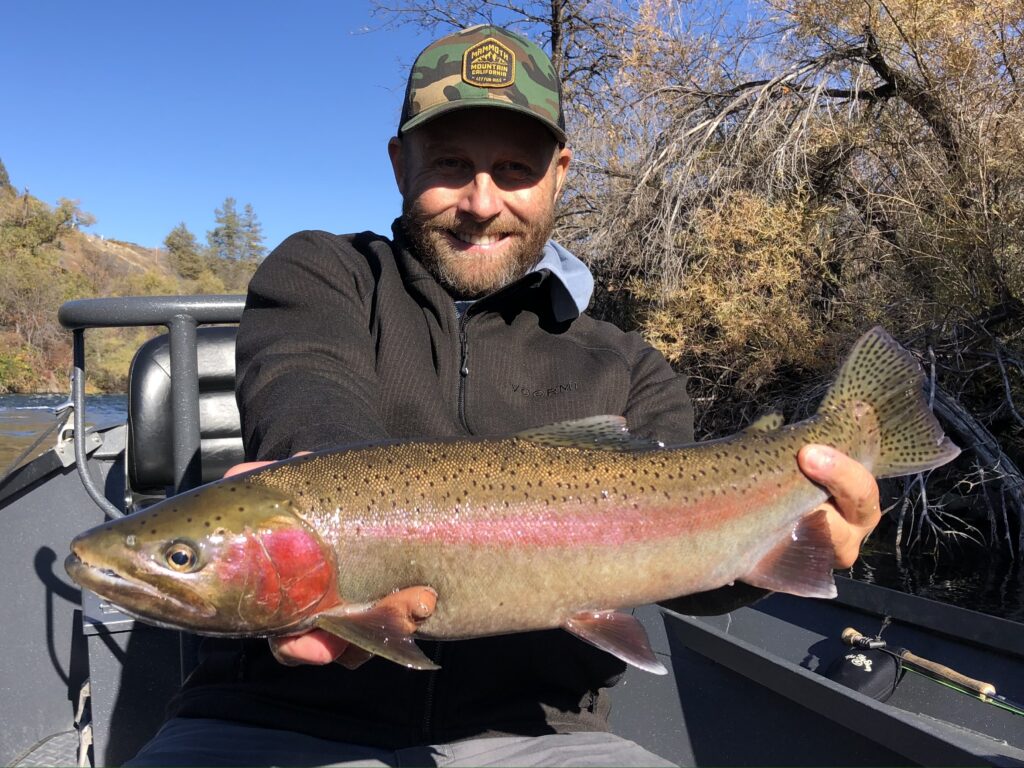 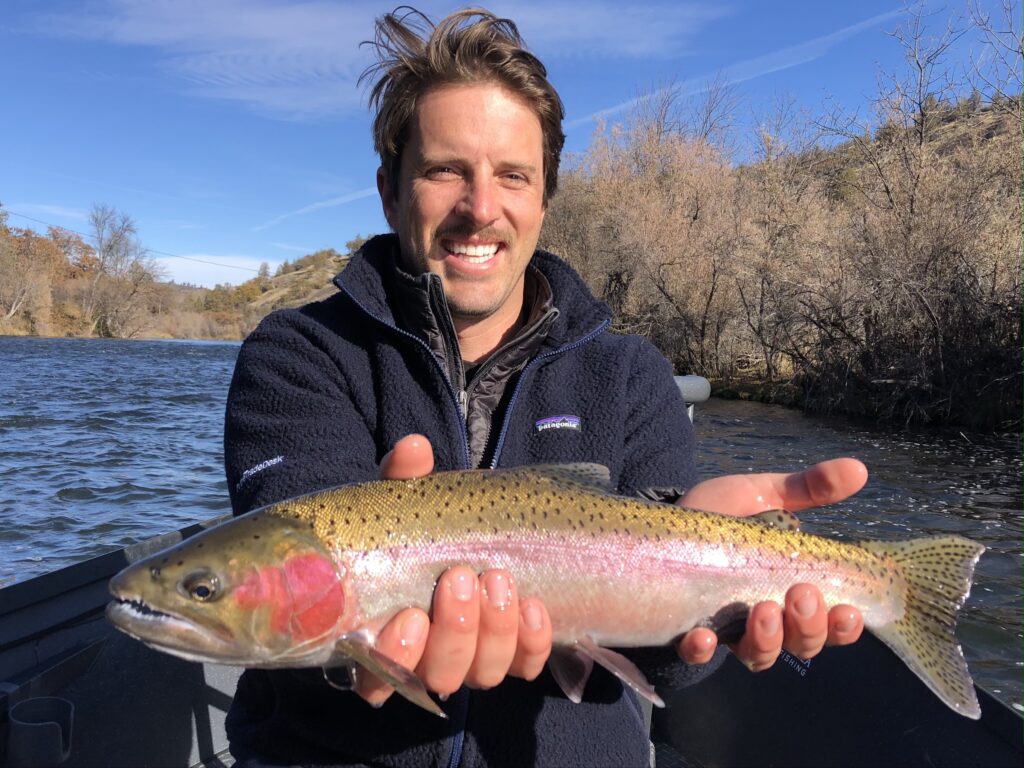 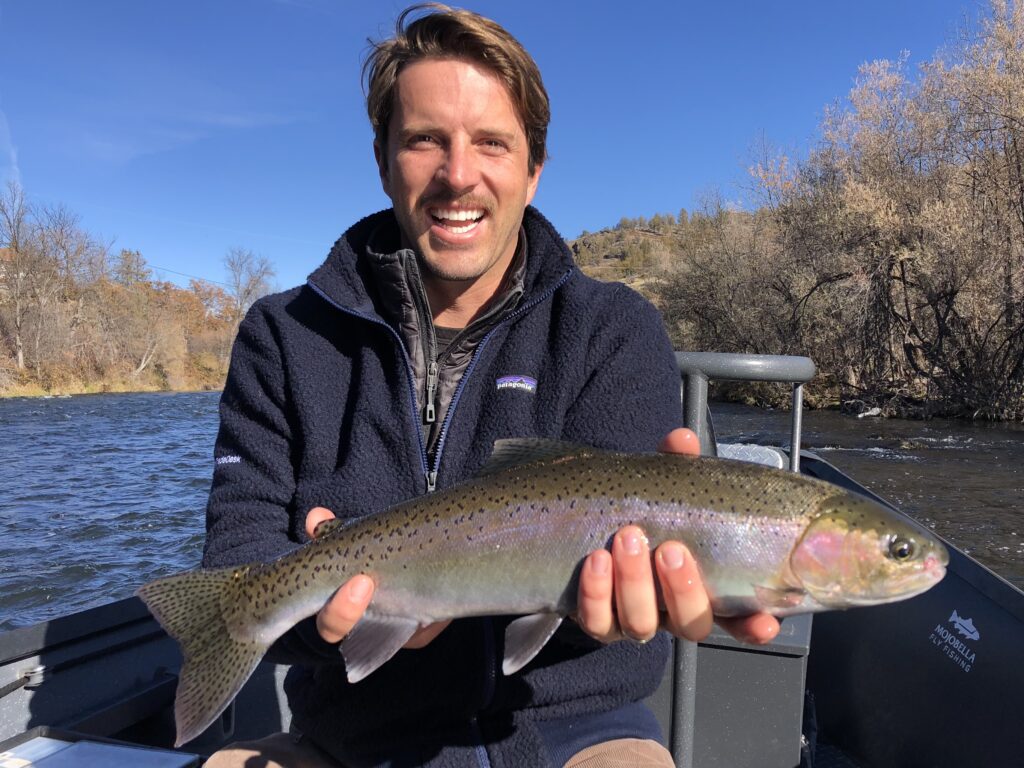 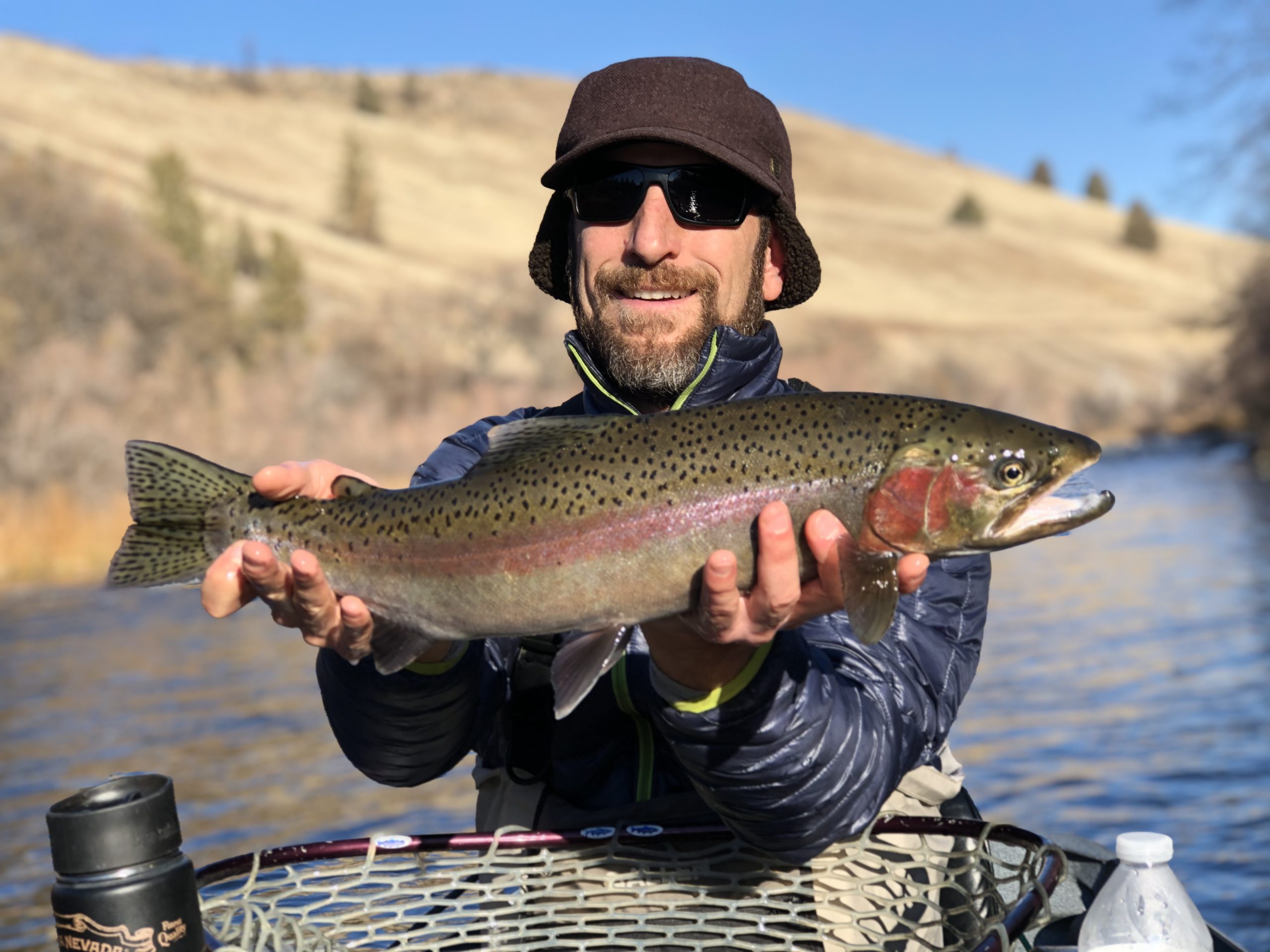 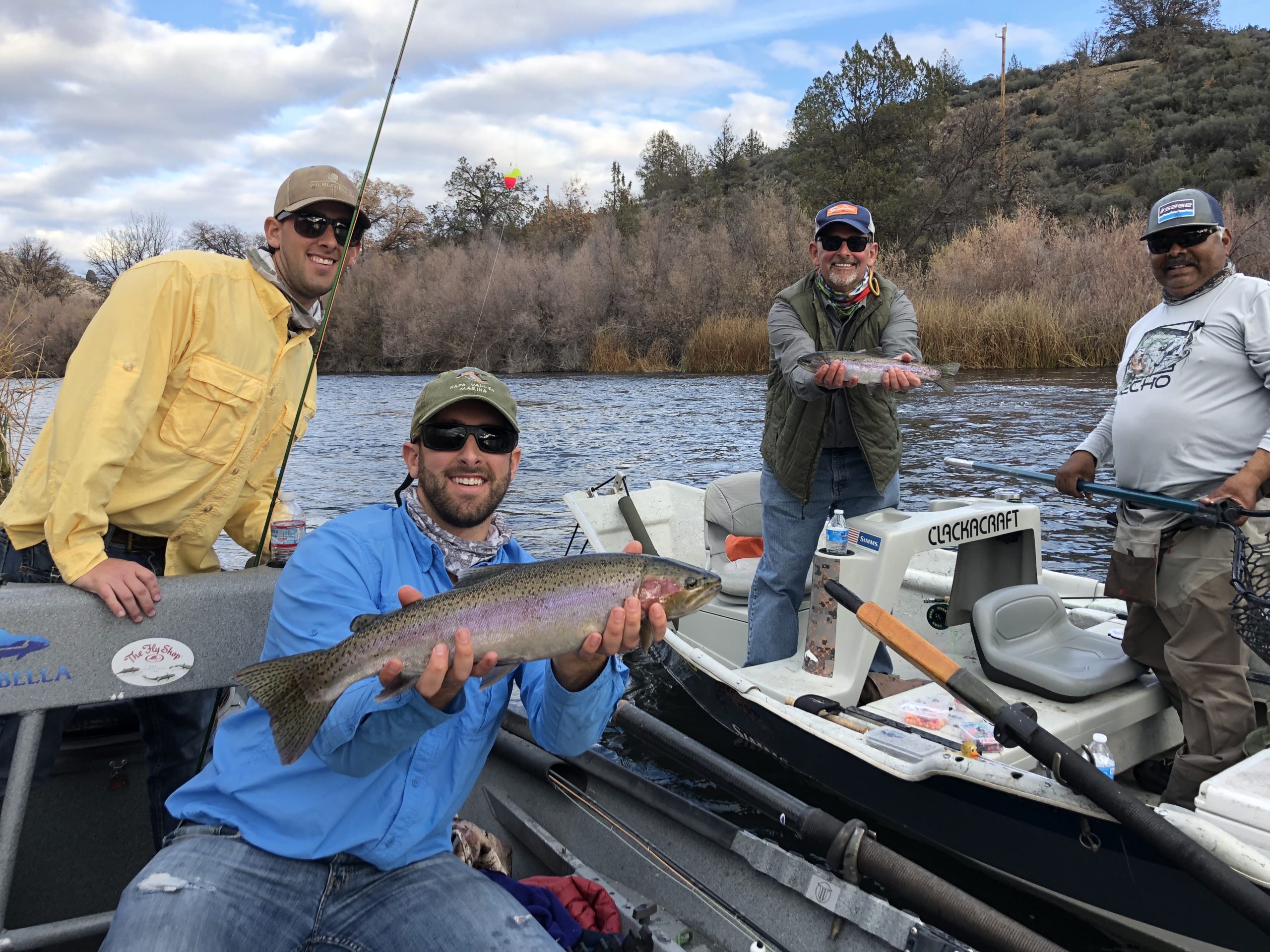 Mojobella Fly Fishing
4.9
Based on 25 reviews
powered by Facebook

Robb Hermanson
2022-12-12T16:56:13+0000
Recently took my first ‘float’ fly fishing trip down lower Sac river with Mojo Fly Fishing, along with three other... friends - and what a great experience it was. Steve Crosetti, owner/guide was phenomenal in both his experience on the river, as well as his incredible knowledge and skill in just about every aspect of fly fishing, including hookup and fly-tieing, navigating the lower than usual Sac river waters, finding the spots where the fish were and help with perfecting the proper techniques of casting. Steve did it all, including providing lunch - all I had to do was listen, pay attention and cast the line! A bit pricey, but worth every dime 👍read more

Gilbert Escandon
2022-05-31T22:03:41+0000
I highly recommend Steve as a river guide. He set a positive tempo for a fishing trip for myself and my son. He was... most professional and instructive. Steve helped us improve casting, reading trout rivers and entomology. He has this calm reassuring teaching method. To top the day we caught fish!read more

Doug Byles
2022-04-13T02:02:04+0000
Had the pleasure of drifting down the Lower Sacramento River with Steve recently and had a fantastic time. Steve is one... of the best guides that I’ve ever fished with; he is a great teacher and his enthusiasm for fishing & being outdoors is infectious. There isn’t a bug, a bird or anything else on the river that Steve can’t identify and teach you about it’s life cycle or migration habits. He knows every seam, tail-out & riffle on the Lower Sac and he knows where the fish are. I really appreciated how he would slow our progress down the river to keep us separated from the other boats drifting down the river. If you’re looking for a great teacher and guide that will get you onto some fish - Steve is the best choice!read more

Michael Iuchi
2021-12-13T06:03:19+0000
My friend and I had the great pleasure of having Steve as our guide on the Lower Sac and Klamath. His knowledge of the... river(s) is second to none, and he sets you up for success. I highly recommend Steve…you will not be disappointed.read more

Jerry Rutiz
2021-12-11T02:19:02+0000
We had the pleasure of having Steve guide us twice in the last 2 years on 3 different Northern California rivers. His... knowledge of the rivers, fishing gear and fish behavior made our trips very enjoyable, while giving us skills to use in future fishing adventures. I would highly recommend Steve as a fishing guide.read more