The Trinity River is a special place.  The largest tributary to the Klamath River, the Trinity River is home to some of the biggest steelhead in the entire river system. Because of this reputation, the river can be busy with anglers but with over 100 miles of beautiful Steelhead water – finding solitude is entirely possible.  The breathtaking scenery makes this river a very popular destination . Images of the big one that got away or your new personal best will linger on your mind making the experience unforgettable.    Steelhead season on the Trinity runs from October-March with the peak of the season in December/January. 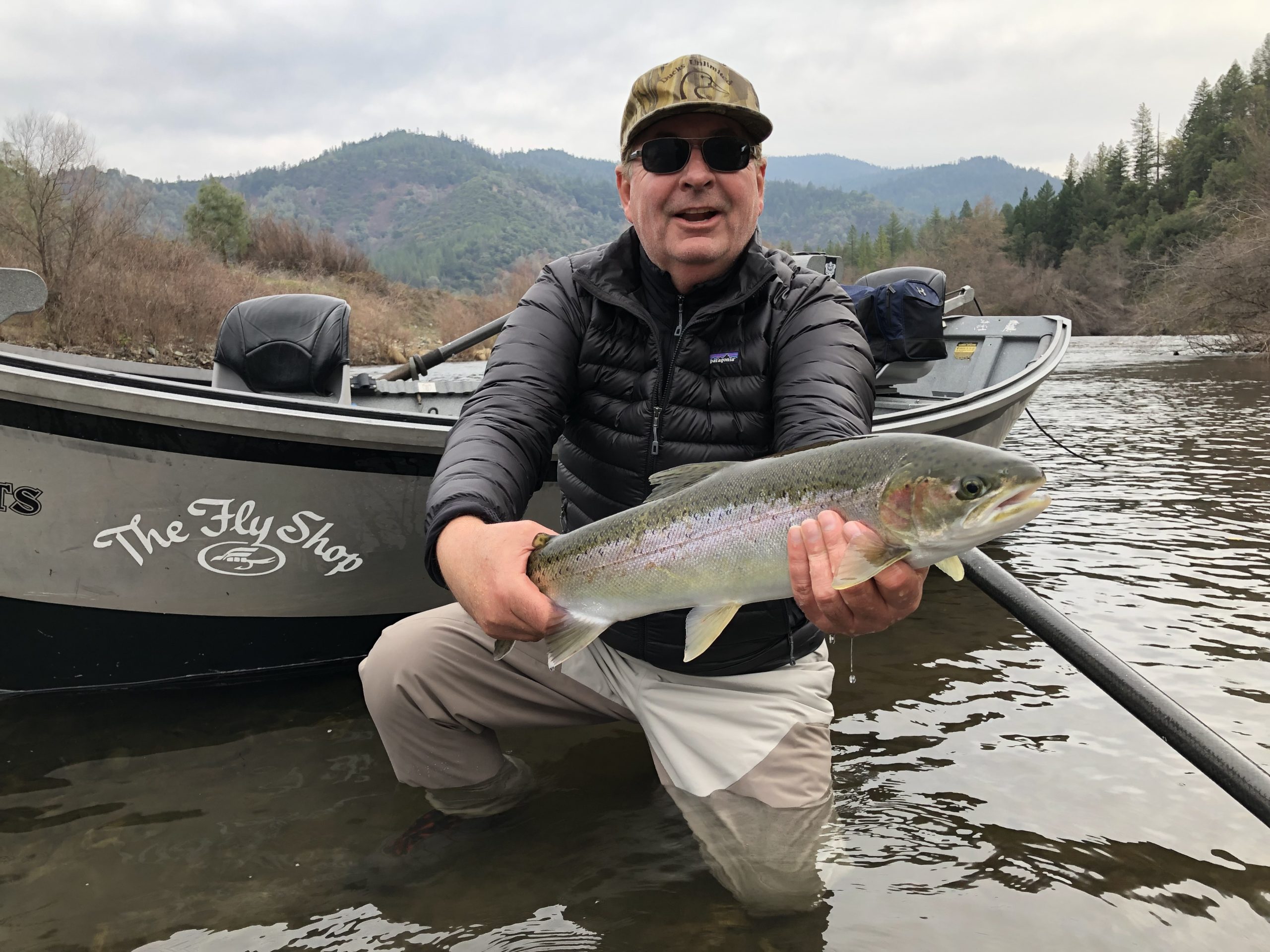 The weather can be cold so layering is recommended and we have heaters in our boat which make for a more comfortable experience.  Waders and a rain jackets are essential.  Nymphing under indicators is the most productive way of fishing here though swinging can be very effective in the early season when warmer water temperatures make the fish more aggressive.  We teach and instruct the two handed swing method to anyone wanting to learn. 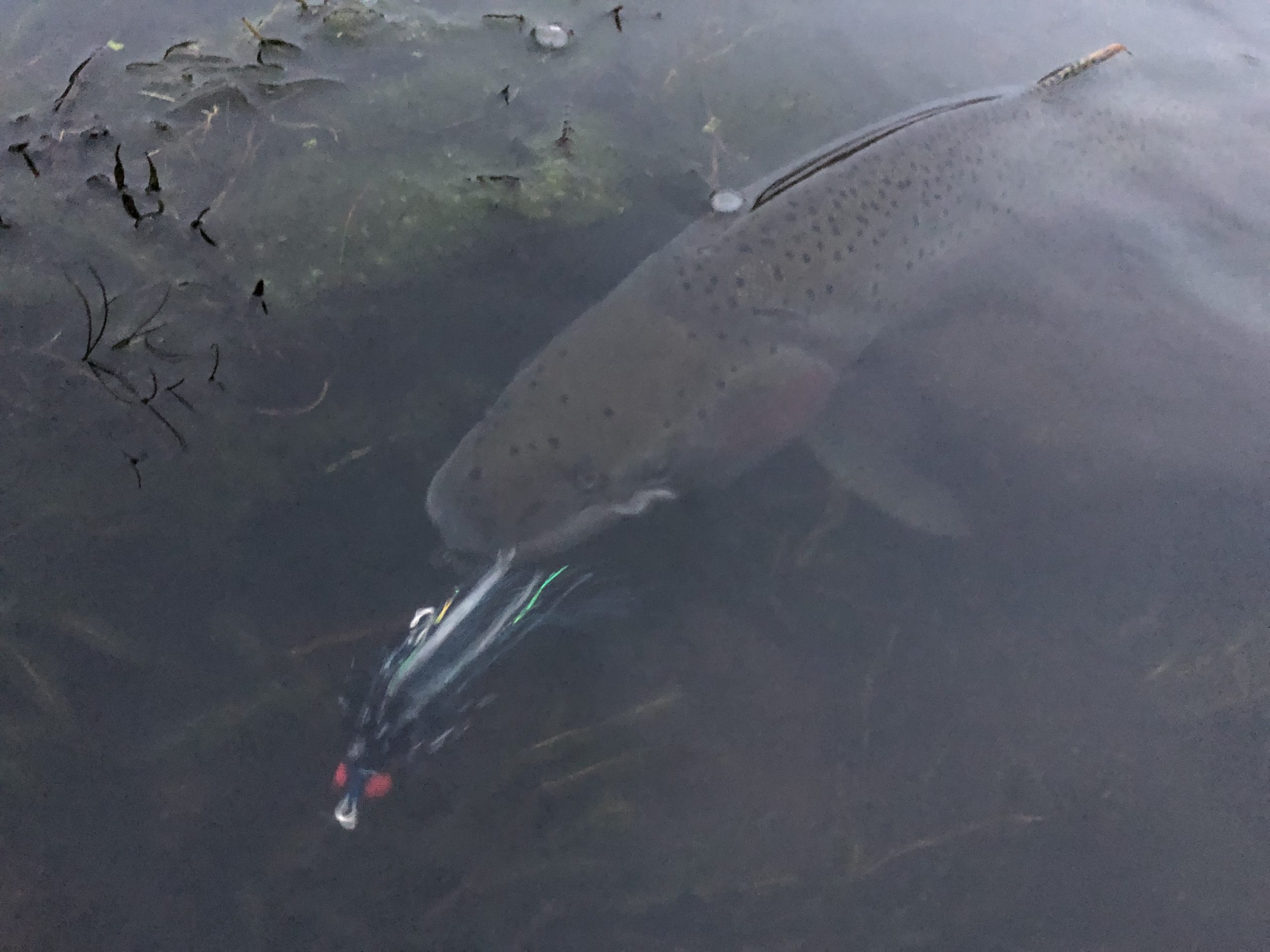 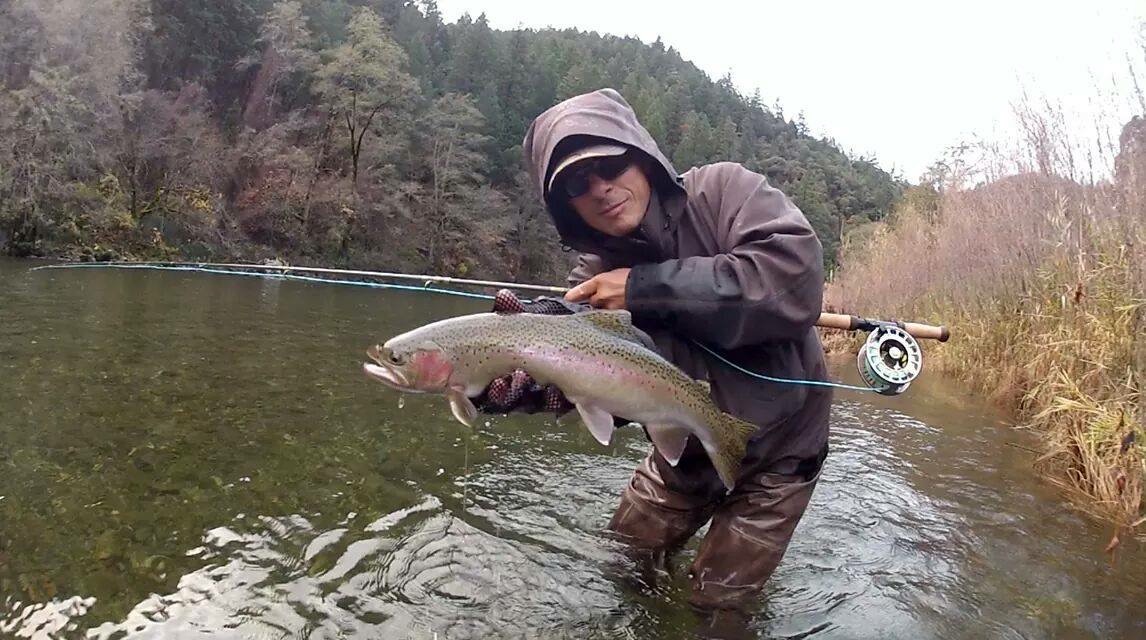 The Trinity flows for 165 miles (266 km) through the Klamath Mountains and Coast Ranges, with a watershed area of nearly 3,000 square miles (7,800 km2) in Trinity and Humboldt Counties. Designated a National Wild and Scenic River, along most of its course the Trinity flows swiftly through tight canyons and mountain meadows. 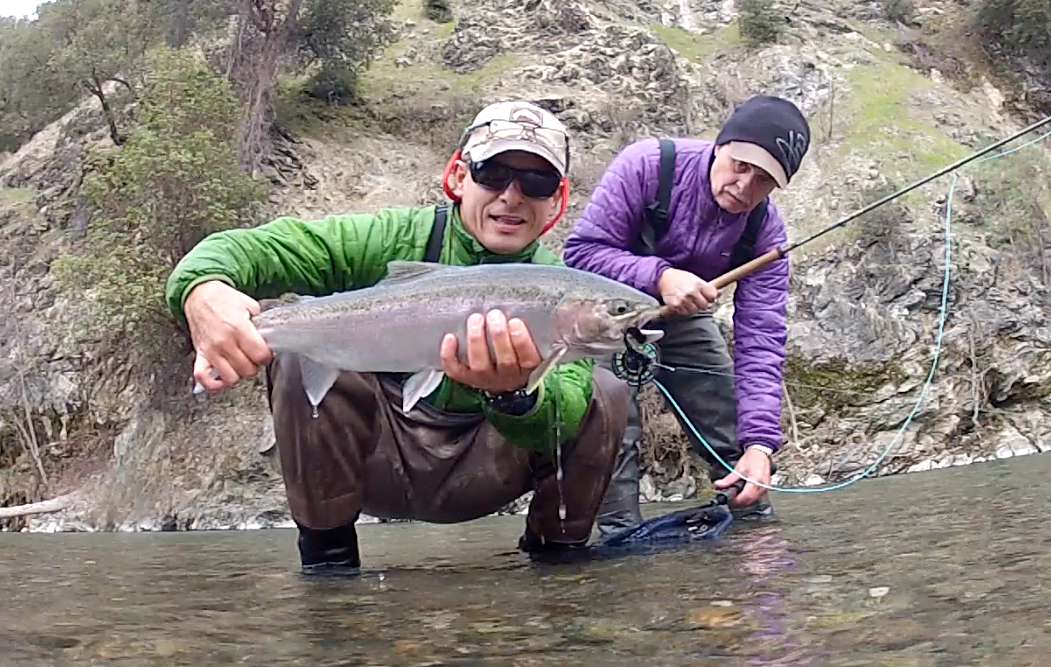 The river is known for its once prolific runs of anadromous fish, notably Chinook salmon and steelhead, which sustained Native American tribes for thousands of years. Due to its remoteness, the Trinity did not feature prominently in the early European colonization of California, but the gold rush in the mid-1800s brought thousands of gold seekers to the area. The river was named by Major Pierson B. Reading who, upon reaching the river in 1848, mistakenly believed it to flow into the Pacific Ocean at Trinidad Bay. 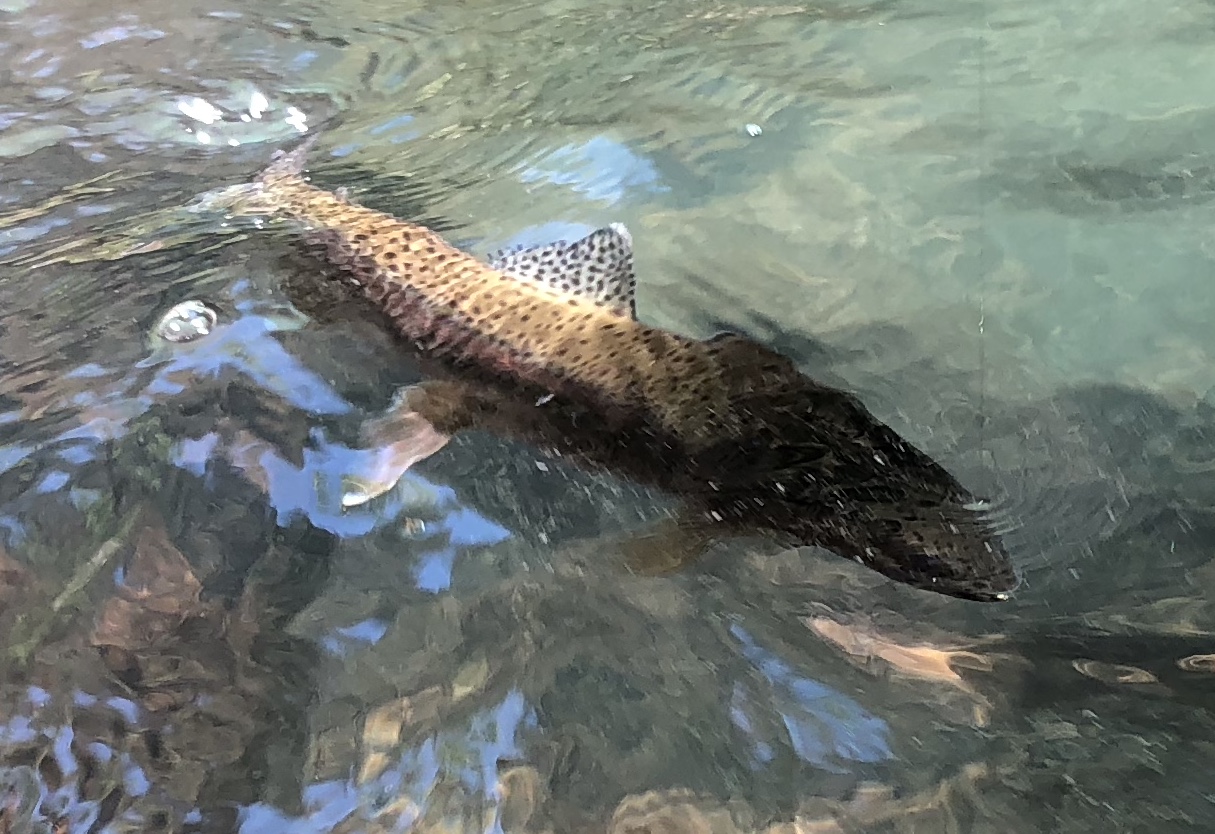 Mojobella Fly Fishing
5.0
Based on 19 reviews
powered by Facebook